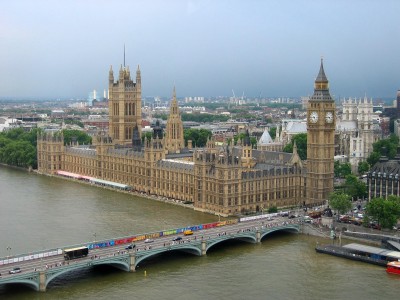 Yesterday, Prince Charles delivered the annual Queen’s Speech to mark the opening of Parliament and set out the Government’s legislative agenda for the year ahead. 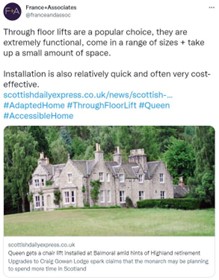 Prince Charles attended in the place of the Queen, who pulled out of the ceremony due to ongoing ‘mobility issues’. (It was announced earlier this year, that due to these mobility issues, the Queen was adapting Craig Gowan Lodge, Balmoral, and had installed a wheelchair lift, capable of carrying a wheelchair and three people into the two-storey stone lodge. The ‘through-floor’ lift takes people from the ground floor pantry to a first-floor bathroom.)

The only way is up… Commonly asked questions posed by clients when considering a lift in their home.

This year, housing was given prominence in the Queen’s Speech, we outline some of the reforms below.

This will come into force on 30th June 2022 and means that landlords will be prevented from requiring a financial ground rent in most new long residential leases and makes it easier for leaseholders to extend their leases or buy freeholds. It will also give franchise residents more options and allow them to take control of the management of their building.

The government has vowed to remove Section 21 of the 1988 Housing Act, meaning landlords will no longer be able to evict tenants without a reason. The bill will also look at strengthening renters rights by applying legally binding Decent Home Standards to help resolve issues without the need to go to Court. Under the Decent Homes Standards, landlords must ensure that any work undertaken does not make the home more difficult for a person with disabilities, considering lifelong homes. It should also not be an obstacle to landlords carrying out other work that falls outside of this standard, such as the provision of disabled adaptations.

Following the Grenfell Tower fire, major social housing reforms are being introduced, with an aim to increase tenants’ rights to better homes and greater power to hold their landlords to account.

The Regulator of Social Housing will have its role expanded to better stand up for social housing tenants, inspect properties and act as a watchdog on standard. It will also be given powers to issue fines, intervene in mismanagement and impose emergency repairs where there is evidence of failure to act by the landlord or systematic failures.

Levelling Up and Regeneration Bill

The Levelling Up and Regeneration Bill was announced during the Queens Speech, and pledges to focus on “empowering local leaders” to drive local growth and regenerate their areas as outlined in the ‘Levelling Up White Paper’ released earlier this year and policies from the previous, and since abandoned, ‘Planning for the Future White Paper’, which included a greater supply of land for housing, a diverse building sector, community input and engagement and supporting individuals and families to own their own home.

The white paper was criticised widely for failing to mention accessible or adapted homes and the urgent need for them in the UK, and instead focused on building beautiful, affordable homes for people in the places where they live and work – a bid to ‘level up’ social and economic opportunities within certain communities.

As part of this proposal, it was announced at the beginning of 2022 that 20 cities in the UK, including Sheffield, would receive funding as part of the government’s ‘radical regeneration programme’, and would be encouraged to build more affordable family homes, tackling unaffordability and boosting the local high street.

This bid to regenerate was echoed during the Queen’s speech yesterday, when it was announced that local communities would be given a louder voice and have a greater influence in the regeneration of their local areas, in terms of building design, new infrastructure and affordable housing

Reforms are also expected at a later date to include further digitisation and simplification of planning systems. The aim of speeding up the process will hopefully help in the delivery of new, well built, affordable homes.

The government has finalised the creation of the UK Infrastructure Bank with a capacity of £22bn. It has clear objectives to support regional and local economic growth, address the cost of living and the delivery of net zero by 2050.

Chancellor of the Exchequer, Rishi Sunak said, “….[the new bank] will lead a shared mission to accelerate investment in the country’s infrastructure.”

The Queen’s Speech Lobby Pack can be viewed here. Planning for the future consultation – how it fails to acknowledge the need for accessible homes. View Article +