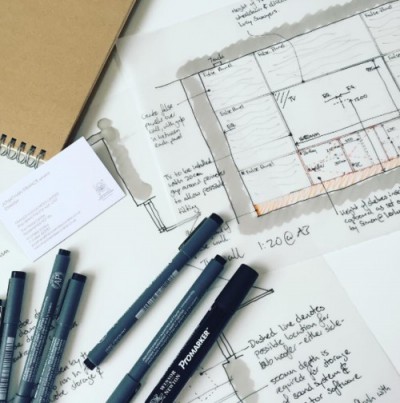 A start to any new year usually results in changes within industry, and no different than with the upcoming changes to the building industry.

Firstly, we hope you have had a well-deserved break and wish you all the best in 2017!

We would like to make you aware of the following developments in the building industry, which could affect your clients or upcoming projects. These changes affect most markets and development types, whether you're a large developer or a homeowner undertaking domestic improvement work. if in doubt, feel free to give us a call!

The Building Regulations in 2017

The 1st of January 2017 saw the “Approved Document R” under the Building Regulations to take effect. The approved document is to include highspeed electronic networks in all buildings, be that dwellings or other buildings.

The change applies to all buildings, including new dwellings and those undergoing major renovations or adaptations.

Exactly what is classed as a major renovation or adaptation is unclear from the documentation, but this will likely be considered by the local authority / approved inspector’s building inspector, and determined in the application’s conditions. As with other regulations, this may be interpreted differently from one local authority to another.

The change only affects building regulation applications submitted after the 1st of January 2017, and not those already onsite or with necessary approvals in place.

In simplest terms, the change is to include a network box on an external wall, there is no requirement for increased network cabling or equipment within the property. However, it is between the developer and the broadband provider to determine who will pay for the cabling within the property boundary outside of the dwelling, so increased costs may still be incurred to your client to accommodate external cabling infrastructure.

The network box is to facilitate future copper or fibre-optic cables or wireless devices capable of delivering broadband speeds greater than 30 Mbps to be installed. For comparison purposes, a standard copper telephone cable when connected to a service provider with a fibre network, can only deliver broadband speeds of up to 70 Mbps. Further guidance can be found in Approved Document R on the Planning Portal Website.

In the last number of years, Local Authorities were given a time frame to produce a local plan and to consult with the public in their locality. This also gave the public an opportunity to suggest their own proposals on potential development land. Thereafter, the consultation would end and a revised local plan would be offered to the Planning Inspectorate for approval. For it to be granted approval, the local plan would have to comply with various regulations and statutory requirements and would need to include various onerous development requirements, such as “sustainability appraisals” etc. Following approval, it is then adopted by the local authority.

According to one report by Nathaniel Lichfield and Partners in March 2015, only a quarter of all local authorities at that time had a compliant, up to date, adopted plan in place.

2017 marks the year where if local authorities do not have a local plan in place, the government will intervene, according to former Planning Minister Brandon Lewis.

In some rare cases where the local plan is still under review by the Planning Inspectorate, it is possible that a contentious application may be refused until it is clear what policy will apply and whether the development proposal would have a negative effect according to the revised local plan.

In some instances, land opportunities may become available, which may offer greater scope. What was green belt land or another contentious use, may become relaxed and offer an opportunity for development when compared to the past.

Under the Building Regulations Approved Document C, contaminated land must be removed or made as appropriate, according to the relevant guidelines.

Contaminated land can have an effect on ground conditions leading to damage to foundations and the structure from subsidence, as well as a person’s health.

2017 marks the year that the government grants available to clean up sites that are contaminated, administered by the Department for Environment, Food and Rural affairs, will be phased out by the end of the calendar.

The changes to the VAT Flat Rate Scheme outlined in the Autumn Statement in 2016 will generally only affect smaller businesses who are registered under the scheme and have a gross annual income of £150k. This may affect your organisation in the consultants you may contract who could offer a different VAT rate, specific to their profession. This typically applies to small business with an annual gross income below £150k.

With regards the building industry, we could see some price fluctuations in labour, where a tradesperson is VAT registered and employed by a building contractor.

Various reports noted in the third quarter of 2016, specifically the quarterly analysis of construction costs and prices from Davis Langdon dated the 8th December 2016, that building costs could rise overall, due to material cost inflation being a major contributing factor. Building labour costs would rise but at a much lower rate.

On a local level, we have recently received notification from building contractors with enclosed letters from their own building suppliers, that as of the 1st of January 2017, the material costs will increase in some instances by up to 15%.

We have asked one of our trusted partners Rex Procter & Partners, who are leading cost consultants in the construction market, to comment on future building cost increases:

“The Construction market is always sensitive to fluctuations in the prices of materials and labour. Price changes however do not necessarily translate into the Tender arena. Tenders are linked more closely to labour and resource availability, construction outputs and the need for contractors to secure work and maintain a busy order book.

Wider market forces are however at play following the Brexit vote and as a result the Building Cost Information Service of the RICS has produced three forecasted scenarios, a “Central” Scenario, an “Upside” scenario and a “Downside” scenario.

In summary the “Central” scenario shows tender price rises slowing over the next year—static over the following year then rising to 13% above current forecasts by 2021.

In contrast the “Downside” scenario shows tender price falling by 10% over the next two years with a recovery to 6% above current prices by 2021.

In contrast again the “Upside” scenario shows tender price increases slowing over the next year then rising to 24% above current pricing by 2021.

You will note that the above scenarios create widely divergent results making tender movements difficult to predict.

It is interesting to note that the BCIS tables utilise the “Central” scenario model in their indices tables.

There are of course variations within the above models for particular types of work—eg housing and infrastructure.

It is essential to view each scheme on its merits and if in doubt seek advice.”

This information was prepared by Jonathan France. If you have any further queries in relation to the above information, please feel free to give us a call and a member of our team would be happy to help.