Chancellor Rishi Sunak cuts the VAT on energy saving materials like heat pumps and solar panels to zero in his spring statement. 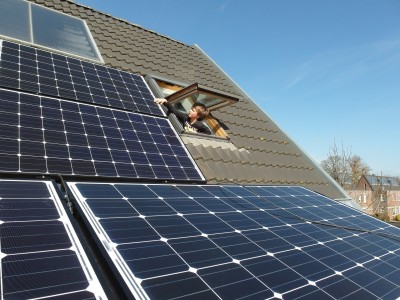 Earlier this year, we discussed the rise in the cost of energy bills, after Ofgem increased their price cap by 12%. We suggested various adaptations that homeowners can make to their home that may reduce energy bills, this article can be viewed here.

Earlier this week (23rd March 2022) the Chancellor, Rishi Sunak announced that homeowners buying retrofit products and services such as solar panels, heat pumps, triple glazing and insulation will pay zero VAT for the next 5 years in a bid to support a lowering demand for gas and in an attempt to reduce the rising household energy bills. 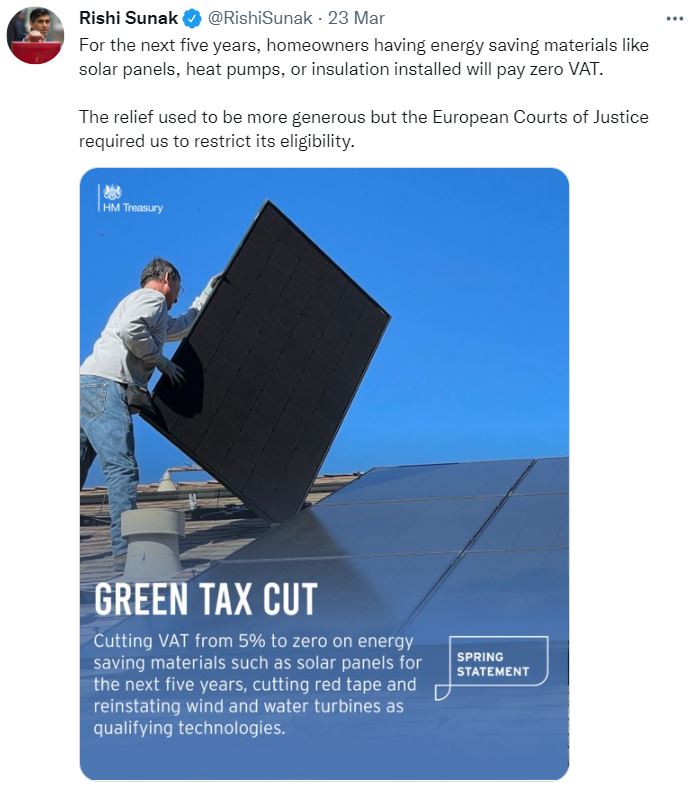 This will make solar panels around £1,000 cheaper to install, heat pump installation around £500 cheaper and loft insulation will be cut by around £160.

It is expected that millions of homeowners will now be encouraged to make changes to their homes, to make them greener and more efficient.

From a housing perspective, this will increase the stock of energy-efficient houses within the UK, which currently has some of the least energy-efficient housing in Europe. The UK is home to some of the oldest buildings and poorly constructed homes, which are notoriously difficult to keep warm, and often suffer from problems such as damp and mould.

According to the Climate Change Committee, of the 29 million homes in the UK, only 8 million meet the highest energy standards.

Cutting VAT, is it enough?

Experts within the renewable industry sector, and campaigners have welcomed the VAT cuts to green home improvements.

Reacting to the spring statement, Dr Doug Parr, policy director at Greenpeace UK said, “Right now millions of people are paying through the nose to heat homes which are so poorly insulated, the warmth shoots right outside. Cutting VAT on insulation, solar panels and heat pumps is a welcome start to ending that huge waste of energy, helping keep bills down and cut our gas use.”

However, it has been noticed that Rishi Sunak failed to mention ‘net zero’ during his speech, and there was no further help for homeowners looking to reduce their energy bills through insulation or green energy, which means less financial help for lower-income households looking to insulate their homes.

His announcement has been criticised for ‘falling short’, and only supporting the households who can already afford solar panels and heat pumps, and not those who need the additional support to survive the skyrocketing energy bills.

Since his statement, he has suggested that there could be more support coming for households struggling with the increase in energy bills in the Autumn, following his £9 billion support package which was announced in February this year.

We are currently building a contemporary four-bedroom, ‘enerphit house’ for a young family in Huddersfield. The house will be ultra-low energy and require little energy or space for heating and cooling. The energy price cap and the devastating impact on families living with disabilities. View Article +